Joel spent an afternoon in the studio and recorded all tracks in one take, no overdubing or editing was done before mastering. The goal of making a completely unaccompanied album was for the listener to hear all details of the playing, with drones, chords, octaves and more. It is his hope that this recording will inspire more people to play the harmonica - and to play Irish music on it. The following customized harmonicas were used: Hohner Rocket, OctaHarp & XB-40.

The Irish Harmonica can be bought here: 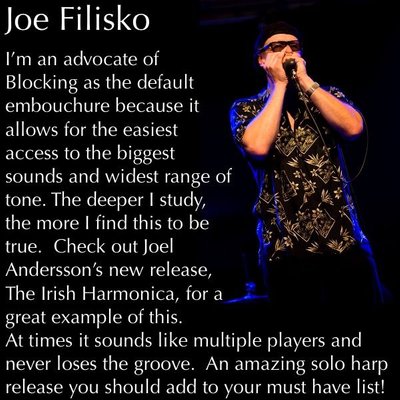 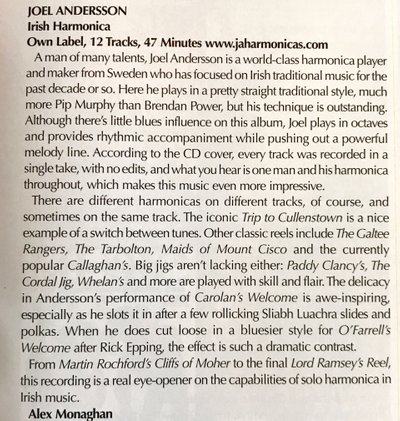 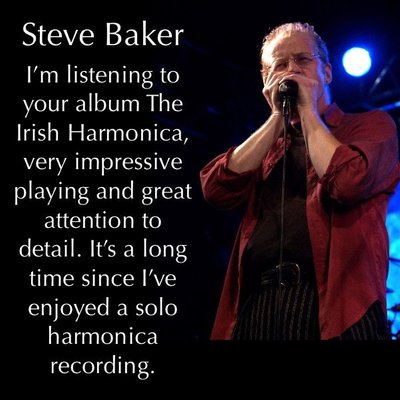 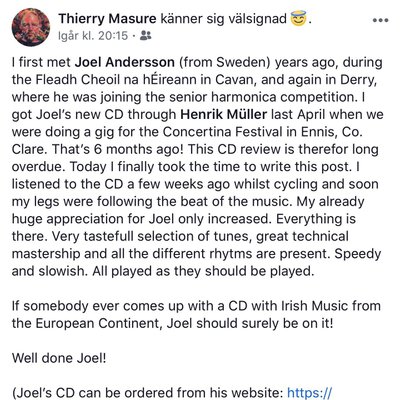 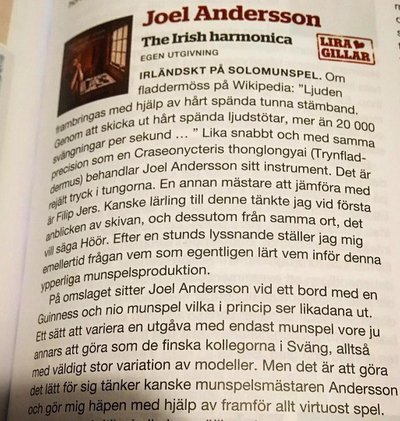 About bats on Wikipedia: ”The sound is produced using tightly-strapped thin vocal cords. By sending out hard tense sound waves, more than 20,000 oscillations per second… ”
Joel Andersson treats his instrument as quickly and with the same precision as a bat. There is a considerable pressure in the reeds. Another master to compare with is Filip Jers. Maybe an apprentice to him I thought at the first glance of the album, he also lives in the same town that Jers comes from, Höör. After listening, however, I ask myself the question who really taught who before this excellent harmonica production.
On the cover, Joel Andersson sits at a table with a Guinness and nine harmonics which basically all look the same. One way to vary an album with only harmonica would be to do as the Finnish colleagues in Sväng, with a very large variety

of harmonica models. Perhaps master Andersson thinks it is to make it easy for himself, he amazes me with his virtuous playing. One ounce of criticism I could possibly point to is the fact that it is not possible to play slowly, low and beautifully on harmonica, but luckily the faster songs dominate. All are Irish traditional, their names are basically not of importance here. However, something tells me that Turlough O'Carolan, a famous Irish musician whose surname is in the title of a song, smiles in his heaven, as well as probably Arthur Guinness.